What’s Next For The Cannabis Industry Under Biden-Harris? 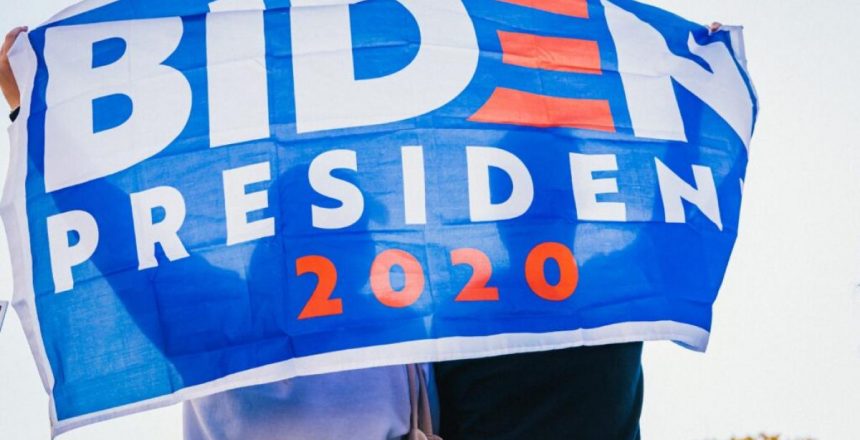 ICS comments about this article:

Some updates on the industry

Many factors are at play when considering how the new administration might influence the industry. Will they align with the majority of the country on the issue of cannabis legalization? […]

In the midst of national tumult, Joe Biden and Kamala Harris took hold of the highest office in the United States. While there are many important questions regarding the new administration’s approach to policy once they take the reins, there’s one that’s been on all of our minds across the cannabis industry: How will the Biden-Harris administration impact the industry as a whole?

Many factors are at play when considering how the new administration might influence the industry. Will they align with the majority of the country on the issue of cannabis legalization?

How will they approach cannabis banking legislation?

What will the future hold with the new Democratic-led Congress?

Normally, we share our expertise in all things cannabis SEO and PR. However, as a team filled with devoted activists, we decided to shed some light on the new administration. Here we unpack the stances of our new President and Vice President on cannabis, so you can have all of the info necessary to think about what this could mean for your cannabis business or personal cannabis use.

Since the beginning of 2021, more than two dozen bills have been introduced across 11 states pertaining to the legalization of adult-use cannabis. However, despite federal cannabis legalization’s popularity, the Biden-Harris administration has not yet picked up cannabis legalization as one of their initiatives. Why is this the case? Let’s walk back and explore.

Kamala Harris and Joe Biden will have the ability to dictate the future of cannabis, from domestic decisions to decisions around the globe. Though new legalization initiatives are ramping up across the country, federal legalization is still a crucial component to the cannabis industry.

Thousands of Americans are sitting in prison due to cannabis offenses, and tens of thousands are still facing charges pertaining to cannabis, often regardless of their state’s legal status. Therefore, it is absolutely essential that Joe Biden and Kamala Harris make legalization a goal during their term.

In order to get a fuller picture of the Biden-Harris administration’s take on cannabis, we thought it would be important to evaluate them individually on their records before lumping them together.

Initially, VP Harris ran as a presidential candidate in 2019. During the endeavour, she made it clear that she supported full legalization. However, her past record is not reflective of this stance.

Previously, Harris held positions as a prosecutor and as Attorney General for the state of California. She oversaw countless cases involving low-level cannabis offenses, and sometimes the cases resulted in incarceration. In 2010, Harris opposed California’s failed legalization attempt. While running for the U.S. Senate, Harris refused to take a stance on California’s 2016 legalization initiative.

Since then, Harris has seemingly evolved on the matter. In 2018, she co-sponsored a bill with Senator Cory Booker (D-N.J.) to end the ban on cannabis at the federal level. Since, Harris headed and co-sponsored the MORE Act, a federal attempt to expunge low-level cannabis records, create a fund to benefit disproportionately affected communities and federally decriminalize cannabis. She’s also been quoted stating that those affected must have opportunities to participate in the cannabis industry, suggesting a true change of tune.

Though advocacy groups like NORML have applauded Harris for introducing legislation such as the MORE Act, they are still weary regarding her prior stances and worry decriminalization may not go far enough in helping communities who need it. Nevertheless, groups and members across the industry are hopeful she will deliver on her promises to keep cannabis as a legislative priority.

Have a Question?
Let’s Chat.

Do you have questions about cannabis banking compliance? Would you like to learn more about our Seed-to-Bank™ solutions?” Please complete the form below:

Join our professional network and receive ICS INSIGHT every quarter